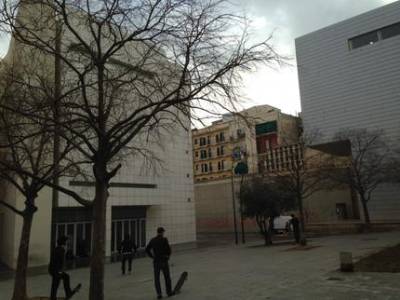 Time and space lie at the centre of discussions on urban redevelopment projects. The making of urban space is in many ways a materialisation of the passing of time socially, financially, and politically. Yet, those using the city inhabit and create a diversity of temporalities. Hence, urban change is underpinned by a multiplicity of temporal narratives, practices and ideologies which operate at different speeds and intensities, sometimes converging, other times conflicting, to produce a particular sense of place.

Focusing on two cities that are exemplars of their urban regeneration in recent years: Barcelona and London, this event will bring together urban professionals and academics to reflect, from a long-term perspective, on the role of time in the construction and experience of these two cities. By doing this, we hope to situate questions around temporality at the forefront of the research agenda on urban change.

This is the first of a two-part conference, with the second taking place at the Centre for Contemporary Culture in Barcelona on 12 and 13 December. Both events will be streamed live online and there will be opportunities for those not in attendance to participate in the discussions and pose questions. More information on the live stream soon.