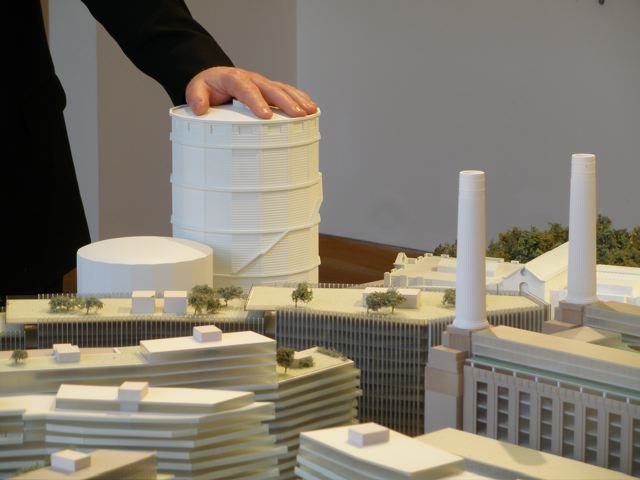 In response to the current planning applications for the redevelopment of Battersea Power Station this session will concentrate on the sad past and even gloomier future of London’s best known and loved riverside landmark.

The widely opposed plans include the demolition of a listed Victorian pumping station, punching windows through the grade II listed power station brickwork to accommodate luxury flats, water features that are little more than moats or “sterile zones”, the privatisation of public spaces, tall buildings that will obscure the building and destroy most of the iconic views from south London and more…
The session will be an update on the current situation and lift the lid (or roof) on the games developers play and the tools and tactics of their craft – entertainingly illustrated with clips from Spectacle’s projects on Battersea Power Station, the Olympic site, Marsh Farm in Luton and Silwood Estate in Deptford.
Mark Saunders, independent film maker, Battersea resident, member of the Battersea Power Station Community Group, and founder of Despite TV and Spectacle will also explore a variety of media uses and tactics for resident empowerment, contesting “regeneration” and research with cameras.
http://www.spectacle.co.uk/Battersea-Power-Station
http://www.spectacle.co.uk/London-Olympics-2012