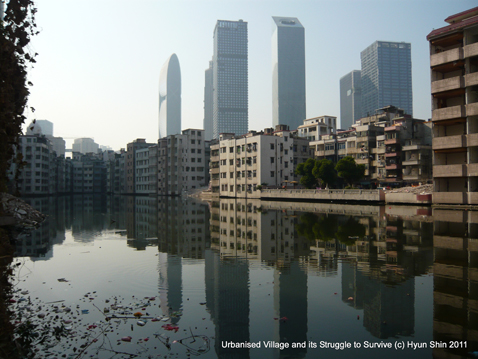 Learning from China and Questioning China Exceptionalism: An interdisciplinary debate

The next Urban Salon seminar is going to take place at the LSE as a half-day workshop to provide a space for a unique opportunity to listen to academics working in various disciplines, who are to reflect on their own research and share their thoughts on how studying China has added value to each disciplinary understanding.

Closing date to register: 15th May. Register to attend.

Exceptionalism and urbanism: China’s cities, the genealogy of markets and thinking about a comparative urbanism

In this talk Michael Keith draws on the work from his collaborative book China Constructing Capitalism to consider how we might make sense of what is sometimes described as the exceptionalism of China’s growth model.  He will focus in particular on how we come to think of the historical relationship between law and economics in the genealogy of markets in shaping the crucible of contemporary urbanisms. The suggestion is that this focus opens up alternative ways of thinking about comparative urbanism in contemporary study of the metropolis.

This paper will review changing city-planning practices in China. The discussion will contrast the effort of developing a new civic center in Shanghai in the era of Republic China, the programs of developing industrial workers’ villages in the socialist period, and the recent planning and development of new towns and eco-cities. The role of city planning in delivery of entrepreneurial urban governance is discussed. At the national and regional levels the instrument of planning is utilized to achieve a more coordinated development. The changing role of city planning is examined, especially with reference to forming the discourse of growth, which legitimizes the state control over urban development. The study helps to explain the puzzle why planning has not diminished along with the demise of the socialist economy. The study also reflects on the notion of neoliberalism and asks to what extent China’s urban development conforms to the paradigm of the neoliberal city.

This presentation discusses the implications of the state-driven infrastructural overhaul of Chongqing, a major city-region in interior China, for current conceptualizations of “Chinese exceptionalism”. It shows how this overhaul, widely construed to be antithetical to market-driven industrialization at the national level, was in fact an outcome of national spatial strategies that favored selective marketization along the Chinese coastal seaboard. Specifically, the lack of private capitalistic interests in driving infrastructural development in Chongqing impelled the municipal government to undertake the financial risks of infrastructural construction across eight major domains. Subsequent industrialization in the mid-2000s occurred as improved facilities enabled time-space compression, in turn vindicating and perpetuating state involvement in infrastructural provision. This phenomenon offers a double complication of the developmental story in post-Mao China. First, extensive state involvement in inland urban economies like Chongqing is neither a simple residue nor a potential resurgence of Maoist economic governance; it is ironically a reaction to the geographically-targeted, “first wave” marketization pathway of the post-Maoera. Second, state construction and management of infrastructural amenities is not inherently anti-market; on the contrary, it now drives a new wave of market-oriented industrialization across cities in interior China. By extension, the Chongqing case underscores how the economic history of post-Mao China is neither linear nor exceptional to the entire country; it is more accurately framed as a dynamic – and hence inherently capricious – interaction of inherited institutions, selective economic liberalization and state spatial strategies.

Toward the Creative Engagement with Chinese Thought

This presentation will be based on the introduction to my book forthcoming in September from Oxford University Press, titled Changing Referents [??]: Learning Across Space and Time in China and the West. The book examines the theoretical possibilities opened by a series of Chinese debates, dating from the late-nineteenth and early-twentieth centuries, in which awareness of Chinese ethnocentrism as well as methods of learning from difference were subject to heightened (some would say unprecedented) scrutiny.  These Chinese thinkers personally confronted the historical processes that supposedly culminated in the displacement of “pre-colonial,” “indigenous,” or “traditional” modes of thought by the terms of supposedly universal Enlightenment modernity.  In contrast to typical readings, I argue that their conversations actually enable more constructive assessments of how and why we might want to learn from foreign others – an important lesson in our own age, when globalization forces us to confront very similar questions and when methodological discussions about engaging “otherness”  themselves remain Eurocentric. In this paper I focus primarily on how Chinese thought can be used “creatively” in this way despite pronouncements of its modern “death” by Joseph Levenson and others.